Members of Michigan Smash connect with each other using several different resources: 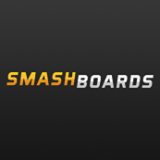 Smashboards, also known as Smash World Forums, has served as a major online discussion hub for the Smash community for years. Specifically, the Michigan Melee Social Thread (Melee-oriented) and The Big MI Discussion Topic (Brawl-oriented) are two excellent threads to follow for thoughts and ramblings from competitors within the Michigan community. Other areas of Smashboards include a dedicated discussion forum for each character in both Melee and Brawl, as well as comprehensive Tournament Listings for every region in the world. Everyone should create an account on the site to get the most out of their Smash experience.

Facebook Group
The Michigan Melee Facebook group has taken off in recent months and become the new destination for up-to-the-second news and discussion. This acts as a local supplement to Smashboards, offering a more casual and accessible area to exchange banter. Everyone is encouraged to join the group to stay connected on the latest Smashfests and gatherings across the state; you’ll find new posts almost every day by Michigan Smashers about pretty much anything related to the game. Currently there is no group geared towards the 64 scene or Brawl scene, but we’ll update this page if one is created for either game. 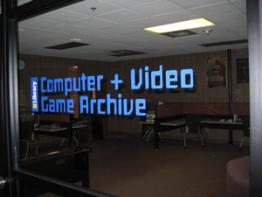 The Video Game Archive, or “the game room” for short, is exactly what it sounds like: a massive collection of videogames and consoles spanning several generations, from the Nintendo Entertainment System to the SEGA Dreamcast to current-gen systems like the Wii, Xbox 360, and PlayStation 3. Dozens of TVs are provided for anyone to use on a casual walk-in basis, though only UM students can officially rent out material. The game room is located in the basement of the Duderstadt Center on UM North Campus and is open weekdays 11am to 9pm from September to April. Michigan Melee players regularly hold Smashfests at the game room on Friday evenings during the school year.

Mason Hall
When it comes to Smashfests, the classic option is Mason Hall – a 24/7 accessible venue overlooking the Central Campus diag with portable TVs sitting inside multiple classrooms. Mason Hall is the venue of choice for many impromptu school-year Smashfests, usually held on the 3rd floor, and is also a former venue for Michigan Smash tournaments, usually held on the 1st floor. In addition, the building complex offers a few other non-Smash related attractions: “The FishBowl” is a 24/7 campus computing site on the ground floor level, and the Angell Hall Planetarium regularly holds open house observatory nights. 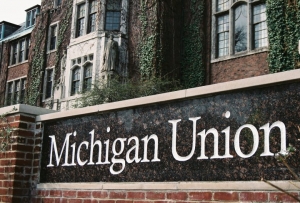 There aren’t many venues better than Michigan Union, the center of student organization event activity on UM Central Campus. As one of the university’s most recognizable landmarks, the Union boasts a storied history of significant campus events at the heart of downtown Ann Arbor and is always bursting with student life. The building features a collection of dining options, including Wendy’s, Subway, Starbucks, Ahmo’s, Au Bon Pain, Panda Express, and UGo’s; as well as over a dozen meeting rooms designated for use by students orgs such as Michigan Smash throughout the year. Additionally, it is the home to several non-Smash support resources such as Counseling Services, the Office of the Dean of Students, Spectrum Center, and Multi-Ethnic Student Affairs.

Pierpont Commons
Our old venue is Pierpont Commons, the center of student organization event activity on UM North Campus. Pierpont includes several food options, a convenience store, TV lounge, piano lounge, bookstore, computer labs, and the 2000-square foot East Room which has served as a regular venue for UM Smash tournaments since late 2011. It was formerly the site of several Michigan events such as The Big House 2 (128 entrants) and Phoenix Saga 4 (80 entrants). However, since the university renovated the building between February 2014 through September 2014, Michigan tournaments have largely moved to UM Central Campus.

YouTube
YouTube has become an essential part of the Smash community in recent years with the advancement of coordination between recording media and tournament organization. Videos from Michigan tournaments have been consistently uploaded for several years, and matches from the latest tournaments are still being uploaded today after each event. Subscribe to the Michigan Smash YouTube channel to watch any and all Michigan tournament matches from 2009 to present. 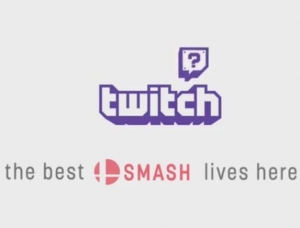 Twitch’s meteoric rise from spin-off company to Amazon’s most expensive acquisition ever over three years is an incredible gaming success story. The world’s most popular videogame livestreaming platform has helped the Smash community connect with each other in recent years, culminating in Michigan’s biggest tournament, The Big House 4, amassing over 48,000 max concurrent viewers in October 2014. Local Michigan Smash tournaments are often streamed to the MeleeItOnMe channel on Twitch, where you can also find biweekly podcasts and regular Melee news content from the MIOM team.